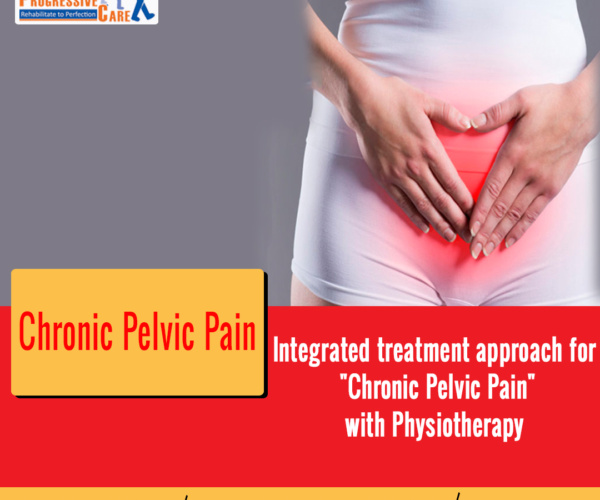 A 35 year old woman presented to our rehabilitation center with complaints of Chronic Pelvic Pain that has affected her since 3 years. Client admits to physical therapist during evaluation that her pain and discomfort has increased post pregnancy and has not subsided, which was often troubling her sleep and difficultly in performing her daily functional activities. Her menstrual cycle is regular but is often painful.

Client admits to the therapist that she has got treated with other therapies like Homeopathy and Pilates but the relief from pain was only temporary. The goal of the client was to get alleviated with her symptoms like pain and to be able to manage her discomfort so that she would be able to regain her quality of life.

Detailed Assessment was conducted. Pain was scored on Numerical pain rating scale (NPRS) which is a validated, subjective measure for acute and chronic pain. The scale which has a score from 0 (no pain) to 10 (worst pain). Client scored the pelvic pain around 7/10.

Physical examination (palpation) revealed grade 1 tenderness, muscle spasm in the gluteal muscle and trigger point in piriformis muscle. In the pain assessment, client reported her nature of pain as ‘dull’ pain which aggravated with prolonged sitting, walking for more than 15 minutes and during functional activities. On objective examination, client had full range of motion in lumbar, hip joint and had muscle power of 3/5 in the lumbar lateral flexors, hip flexors and extensors.

According to American College of Obstetricians and Gynecologists (ACOG), “Chronic pelvic pain is defined as pain in the pelvis, anterior abdomen walls, back or buttocks that has been present for at least 6 months and is severe enough to cause functional disability”.

After the assessment therapist suggested the client for 10 sessions of physical therapy.

In the first session the client was educated about ergonomic modifications which was important to minimize any activity that caused an increase in pain.

. Standing for a while after sitting for more than 15-20minutes.

. Advised client to stop exercises that exacerbated her symptoms and avoid waking for longer distances until pain subsided.

Progression of the Client:

On the day of initial assessment client had score of 7/10 on NPRS scale and on the last session client reported 1/10 on NPRS during functional activities. Muscle power increased from 3/5 to 4+/5.

After 10 days of therapy client felt much comfortable with her functional activities, had a better sleep cycle and she was able to get back to her near normal life.

On the last session therapist had designed client specific home programme which included muscle stretching, strengthening exercises and had recommended for a follow-up after 15 days.

After 15 days, client had a follow up and reported a very much satisfied with her quality of lifestyle without any symptoms.