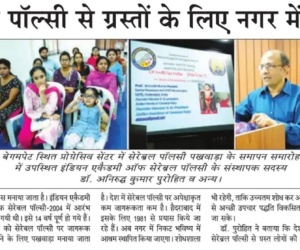 India has been celebrating Cerebral Palsy day on 02nd October every year.On this occassion,we had two great days (13th & 14th October 2018) as concluding events on Cerebral Palsy for parents as well as professionals.

-> Hyderabad Cerebral Palsy Centre will be established especially for Hyderabad

-> It is very difficult for the affected children to transit to another city for cerebral palsy treatment, certain efforts will be taken to build and spread the team in entire India

Progressive Care under the guidance of Dr. Purohit has developed an exclusive center for Cerebral Palsy where professionals from all fields of work come together and treat kids with Cerebral Palsy