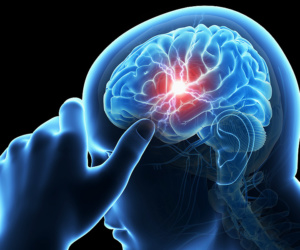 How Communication is Affected After Brain Stroke & its Treatment

Stroke is defined as the sudden death of brain cells due to lack of oxygen, caused by blockage of blood flow or rupture of an artery to the brain.

Stroke can affect communication in different ways. It can cause problems with communication if there is damage to the parts of the brain responsible for language. It can also cause communication problems if muscles in the face, tongue or throat are affected.

The disturbances or the range of communication problem after stroke depends on 3 main factors: type of lesion, location and the severity of the damage.

The main conditions that can happen after stroke are:

A speech problem due to muscular weakness usually recovers within a few days or weeks, however, a few people will have ongoing problems known as Dysarthria. Speech could continue to be slightly slurred and people sometimes experienced problems regulating the loudness volume and speed of their speech.

Speech problems following stroke sometimes recover within hours or days, however, some communication problems are more permanent. The amount of recovery that can be achieved varies depending on the area of the brain that has been affected and the extent of the damage.

Speech problems due to muscular weakness usually recover within a few days or weeks, however, a few people we spoke to had ongoing problems known as dysarthria. Speech could continue to be slightly slurred and people sometimes experienced problems regulating the volume and speed of their speech.

Very few will have problems with speech due to difficulty organising and sequencing movement. This is known as Dyspraxia/Apraxia.

Many of them show problems with speaking and or understanding because of the damage to the language areas of their brain. These problems are known as Aphasia or Dysphasia.

The following are the characteristics of Aphasic

What are the treatments for communication problems?

Anyone who has communication difficulties after their stroke should receive a detailed assessment of their difficulties from a Speech and language therapist (SLT) with knowledge in stroke and rehabilitation.

First, the therapist will assess their strengths in language and communication skills. The SLT will use various tests to establish the precise nature of their problems. It is possible to have aphasia, dysarthria or dyspraxia after stroke, or a combination of these conditions. The therapist will establish the best methods of communication, and will explain the nature of the problem to the stroke survivor, their family and the rest of the medical team.

The therapy likely involves the practical and physical exercises. Practising communication skills may help their recovery. Many people will not make a full recovery from aphasia and may be left with some degree of long-term difficulties. It can take longer for people to recover from aphasia than some of the other effects of stroke