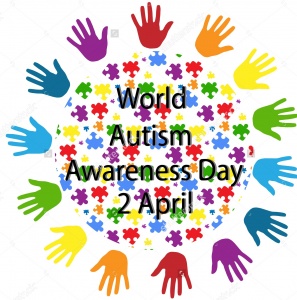 PRESS RELEASE – World Autism Day.
Indian Academy of Pediatrics (IAP) ,
IAP Chapter of NeuroDevelopmental Pediatrics,
New Horizons Health and Research Foundation, Mumbai.
————————————
April is observed as autism awareness month and April 2nd is observed as World autism awareness day.
Though awareness as a whole has increased, there is often lack of clarity related to autism. On this occasion, we present some common myths and facts regarding Autism.
1. Myth – Autism is a speech disorder.
Fact – Autism is a social communication disorder, wherein the individual with autism may not be able to communicate emotions or thoughts in a typical or conventional way.
Children with autism show limited understanding of social interaction which prevents them from developing social communication and leads to ASD.
Even if the child “speaks”, it is usually repetitive speech which is not being used meaningfully.
2.  Myth – Autism starts after two years of birth!
Fact- The American psychiatrist Leo Kanner who was the first to describe autism in 1943, wrote “Autism exists from the very beginning of life”.  Thus, deficiencies associated with autism  like lack of interaction, hereafter poor nonverbal, and thereafter poor verbal communication are present right from the beginning.
3. Myth – Intervention should be started after 3 years of age.
Fact – On the contrary, research has shown that children with autism can make enough improvement after intensive early intervention to lead functional and productive lives.Which is why it is so important to address autism and seek intervention when the first signs appear in the first years of life!
4. Myth – Children with autism benefit  with any kind of ‘therapy’
Fact – Children with autism need a interdisciplinary intervention  coordinated by a trained Developmental Pediatrician, child neurologist or psychiatrist since many of them have co morbidities(associated or secondary problems). Since there are multiple concerns, the line of treatment also needs to be interdisciplinary! Interdisciplinary means a team working jointly on a regular, dynamic, coordinated basis and not merely in name.
5. Myth- You don’t need detailed reports or evaluations but just some therapy.
Fact – Unless carefully evaluated, many children are wrongly labelled as autistic and equally, many children with autism are missed. Moreover, many associated conditions may be missed. There are many details that need to be assessed and worked on; without detailed reports these can be missed.
Therapy without documentation is like driving blindfolded on a highway. You would never know if the child could have done better. Without programs, therapy is an endless frustrating process with helpless parents not knowing anything about the process.
6. Myth – Vaccination causes autism
Fact – Vaccines are as necessary as they are safe and effective. Evidence and data from the world over shows that vaccines do enormous good and very little harm. Reiterating the fact that autism is present from birth, we would say that research has clearly proven that vaccines do not cause autism.
7. Myth- Stem Cell Therapy can cure autism
Fact  – There is no evidence that Stem Cell Therapy cites autism.
Autism is not a disease. No treatment can  can completely “cure” autism.  Stem Cell Therapy is still in an experimental stage and cannot be charged for by misleading patients to believe that it cures autism.
Recommendations and Demands :

1. Increased awareness that autism is
a. NOT a speech problem and
b. It starts early after birth
c. Intervention should start as early as possible

2.  Vaccines do not cause autism; Stem Cell Therapy, Ozone therapy, hyperbaric oxygen therapy do not cure autism.
3. Government should set up a Regulatory Authority to prevent quackery and misinformation and carry out licensing of appropriate interdisciplinary services mandating regular data collection, documentation and fee structure. Unauthorised arbitrary “interventions” should not be allowed to advertise or spread false information and should attract provisions of the Consumer Protection Act.
Note:
the Indian Academy of Pediatrics has released the National Consensus Guidelines on evaluation and management of Autism Spectrum Disorder, in May 2017! This is freely available online as free access in the Journal – Indian Pediatrics. Clinicians working with children with ASD should refer to these evidence based guidelines.
Check out these links for relevant information: speech therapy, occupational therapy, vision therapy