Javelin Thrower’s Elbow happens when a player is subjected to a valgus force (which is many times bigger than the tensile properties of the ulnar collateral ligament) because of improper throwing.

It is also seen in the athletes who play overhead sports. Initially, the subject complained of sharp pain while throwing and aching pain at the medial elbow after a heavy workload which eventually interferes with the performance of the athlete.

If Three months of conservative management does not yield the desired results, the client is suggested for a surgical opinion. 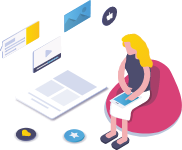